Why We Have an Annual Company Retreat 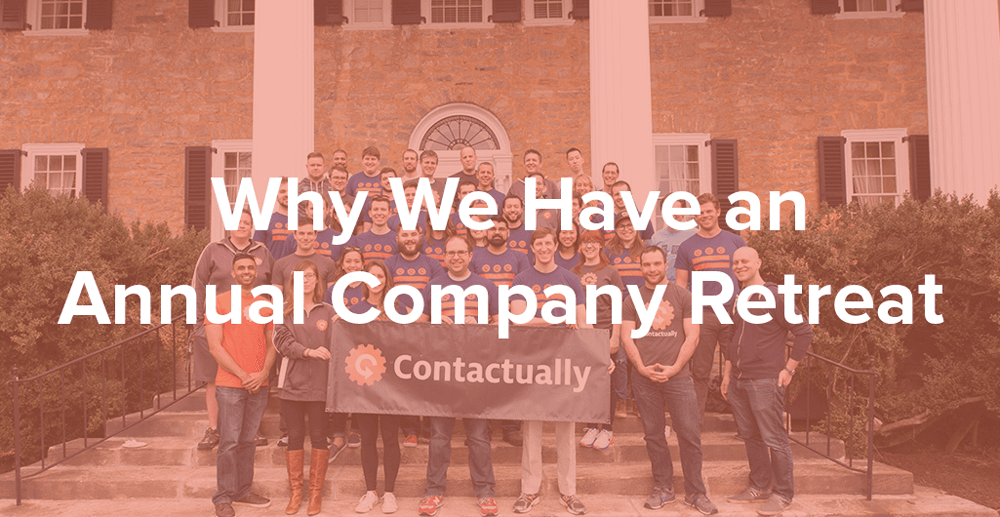 This year, Contactually trekked to Winchester, Virginia for our annual company retreat. It's a tradition that's been passed down since the first formative year of the company and something that continues to remain an important part of our company culture, even as we grow exponentially and the logistics become a bit difficult.

Our CEO, Zvi, handed me the reins as our new Operations Manager and let me go ahead with the planning. He gave me a few stipulations, and a little background and that was that. Retreat 2016 was a sweeping success, one of the best yet or so everyone told me, and it turns out that a couple days away from our desks can do a lot for team bonding and company morale.

An inside look at the 2016 Contactually company retreat....

Some background on our retreat, back in the early days of Contactually, the team jetted down to Miami for retreat because as Zvi put it, "as intense as the early days were, we wanted Contactually to be a fun place," and we've been doing it ever since! The first few were a bit unstructured and because of that, unproductive. Since then, the overall goal has always been to put together a full schedule that's a good mix of fun, team bonding, collective brainstorming, and some personal development.

One of the best things that we've done consistently at the retreat, is have an open-ended discussion about improving the company. Every year at retreat, we revise our company values. This year we broke out into small brainstorming groups and was one of the most important aspects of retreat. Usually values don't change or they are handed down from above and can get stagnant and irrelevant in a company and space like ours that's constantly changing. In our case, we let the team completely revisit them, giving them a lot more ownership and buy-in. Values become so much more... valuable... when you have a hand in crafting them.

In December, right when I thought I was going to get to rest on my laurels of executing the holiday party, Zvi asked me if I would take on planning the annual company offsite retreat. The requirements were pretty simple: find a place within two hours of DC where 50 of us could go for two days, and do it for X amount of money....well kind of simple. To be honest, I had never planned a retreat before, so I took right to Google and came across Carter Hall, in Millwood Virginia. It is a colonial mansion built in 1798, that is now owned and operated by Project Hope, a non-profit. I'm a huge history nerd, so the idea of getting to spend a few days at this gorgeous and historic property appealed to me. 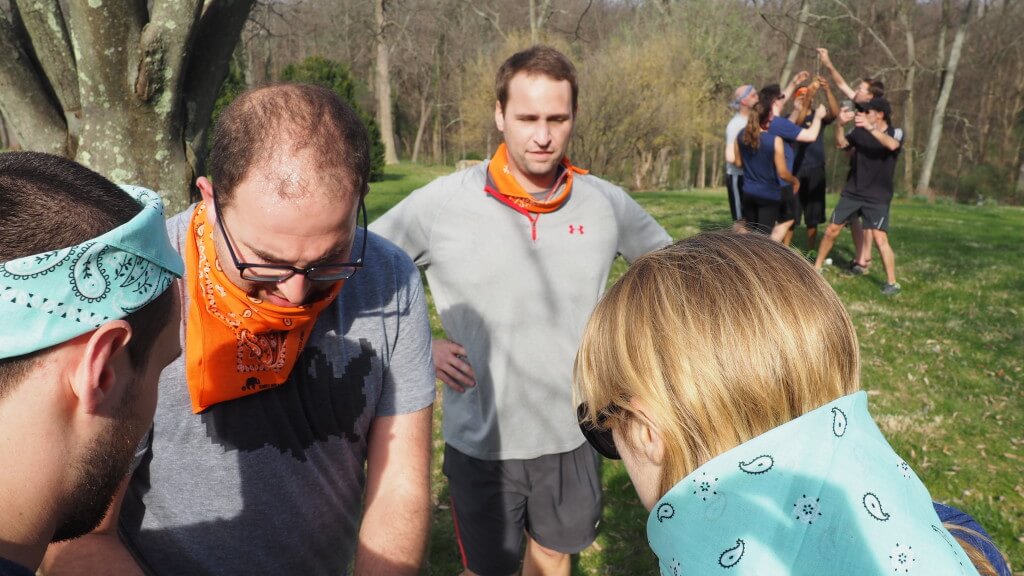 During the few months of planning, I didn't ask much about retreats of the past. The majority of people have been at Contactually for under a year, so this was a first retreat for a bunch of us so I went with a clean slate approach. I have a pretty good understanding of the needs, culture, and attitude of my co-workers, which informed what kind of retreat would be the most enjoyable and effective. Although, the best thing I probably did was go out to visit Carter Hall for a site tour before the retreat. Being able to see the physical space informed a lot of the decisions to be made about housing, activities and schedule.

I wanted to make sure that I'd actually get to enjoy the retreat alongside my co-workers, and do as little work as possible during the retreat itself. Of course, this required a lot of work and planning ahead of time, which leads to my other main goal, which was to make this the best retreat Contactually has had yet. I wanted to ensure that this event would cater to people with very different ideas of what is enjoyable. Being able to provide early morning yoga and running and late (late) night flip cup and beer pong was important, and I think we pulled it off.

How it all played out

In general, what works is bringing the same group of people that work together every day, and pull them out of their day job, remove all the titles, and have everyone work together on building the future of our company. Everyone was 'equal' whether it was a VP, director, or a brand new sales rep, those titles didn't matter, we were all just on the same team. At least until it came to the 1st Annual Contactually Olympics...and then we were all on different teams. Yes, you read that right! It was an integral part of our first day and included everything from an egg toss, an epic tug-of-war battle, to a mini donut eating contest. 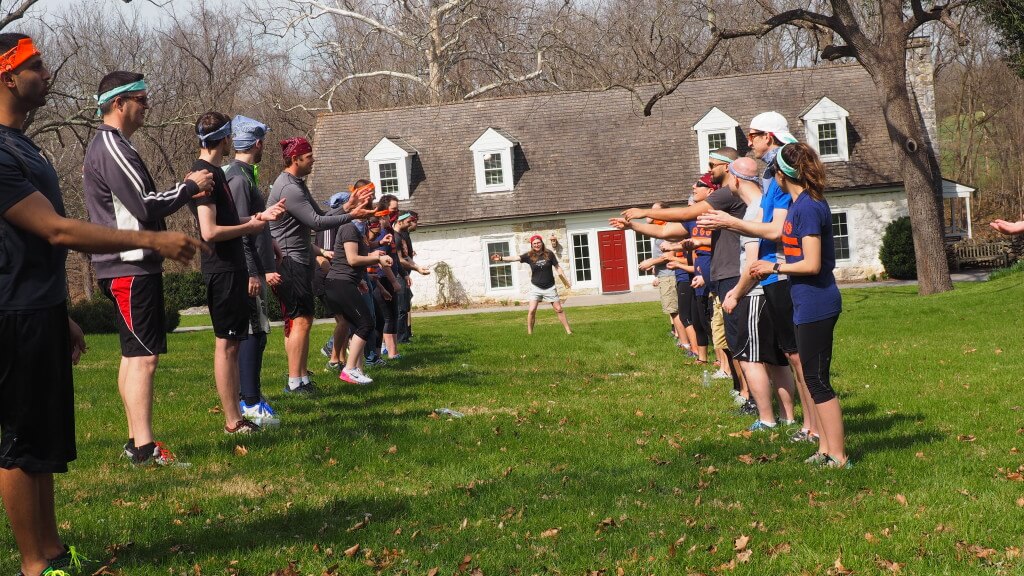 Retreats serve multiple purposes. Beyond coming together to listen to the CEO talk about the direction of the company, off sites often end up benefiting employees through organic opportunities for team bonding that wouldn't happen in the office otherwise. The change of scenery isn't only refreshing, but it gives you a renewed sense of connection with the people you spend 40+ hours next to each week. At Contactually, we are fortunate to have such a tight knit family, and continuing to host retreats will ensure that this sense of community endures as we grow.

Even cooler? Our remote Support team in the Philippines holds their very own Contactually retreat around the same time of year that we hold ours here in the States. While we all loved our retreat location, we couldn't quite compare to theirs. Just think oceanside and a clear blue pool under tropical skies. The fact that our company culture extends out there to a team that many of us have yet to meet in person, is a testament to everything we stand for and love about Contactually.

The Contactually value that most resonates with me is "Be Excellent," and it's what I try to incorporate in everything I do here. The retreat was no exception. Zvi and the executive team trusted me enough to lead a group of 42 people into the rural Virginia countryside, which while empowering, was also terrifying. That autonomy and trust from our leaders is one of the things I value most about my position at Contactually.

The biggest challenge when putting together a retreat itinerary is striking the balance between free and structured time. I left the content of work sessions to Zvi, and let Tony come up with the fun stuff. Then I just put together the details to actually execute and make sure the ideas were realized. That kind of collaboration is also very indicative of Contactually.

When it comes to what we all got out of the few days we spent together, Zvi said it best, "Above all else, above all the programming, logistics, etc - the impromptu conversations and team bonds that result from having a few days together in the middle of nowhere is of huge impact. Watching people from completely different teams, of different seniorities, just chatting about ideas they have, what they're working on, and more.... I could not have asked for a better outcome." At the end of the day isn't that what these retreats are all about? I know I'm looking forward to the next one... 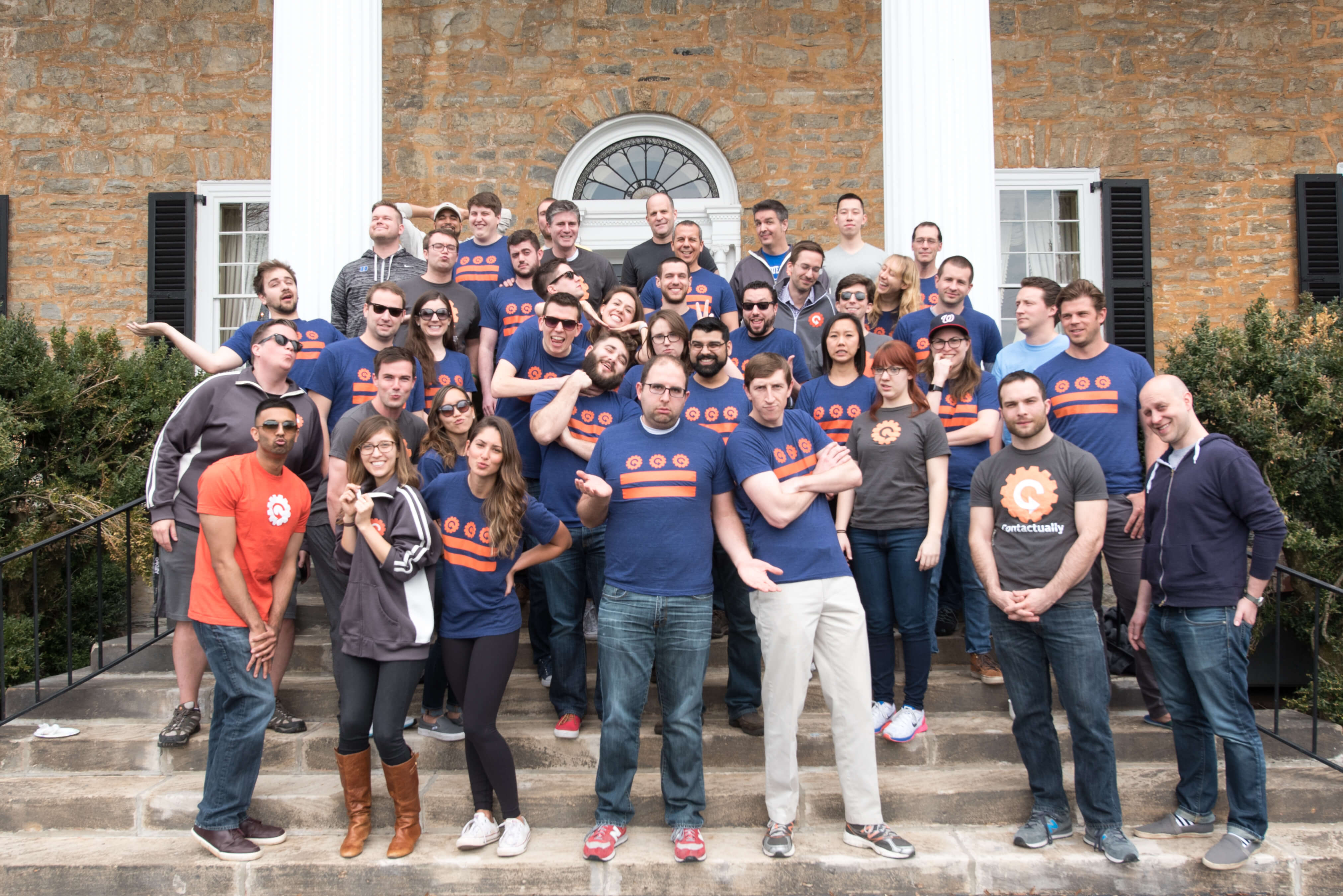