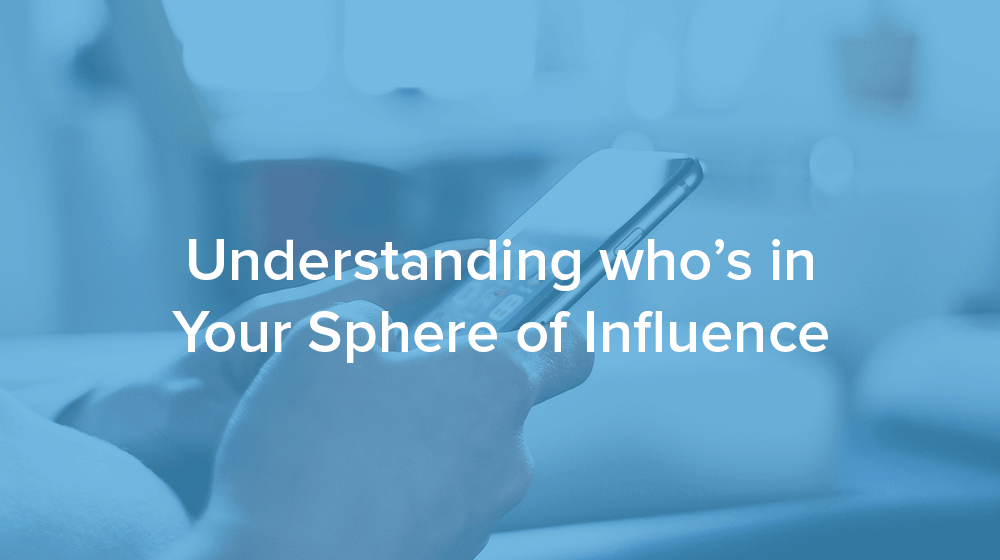 Did you see the title and scratch your head wondering what the heck a “sphere of influence” is...and if you have one? That's okay, you're not alone and, yes, you definitely have one—even if you don't realize it!

If we're going by the definition below (that's the second bulleted one), then you can think of your sphere of influence (“SOI” or “sphere”) as the folks in your network with whom your opinion holds some weight.

Your sphere can be anyone (e.g., peers, co-workers, friends, etc.) and once you identify this layer of your network, you can begin to improve how you communicate with them and engage them more meaningfully.

Don't think you have a sphere or not sure why you should prioritize them? Think again.

They might be hiding in plain sight and you want to keep them top of mind because these people are your biggest supporters and advocates. And critically, they drive referrals and repeat business. We'll help you think through your network and better identify who’s in your SOI so you can nurture those relationships effectively.

Who's in your sphere of influence?

Where should you start? We recommend social media. And if your first thought is to check LinkedIn, you may want to think again. Figure out what channel you use the most to communicate with your network and scroll through your friends, followers, and connections.

Take an inventory. Whether it's easier for you to keep a spreadsheet or write it down on paper, take stock of everyone (personal or professional) in your network. Organize them by how important they are to you and your business—think big referral partners, clients, or investors—or just separate them by function or what 'category' they fall under in your life.

While this may seem a bit daunting at first, you want to be able to see and understand all of the folks in your network because people fall through the cracks every once in a while, especially if you have a large network.

Who do you normally talk to?

Once you have an idea of who's in your network, it's important to distinguish your network from your SOI because your sphere only includes the group of people with whom your opinion holds weight.

Think about it as the people who would see a movie, read a book, or try a new restaurant because you recommended it. More often than not, they're folks you talk to on a regular basis—friends or professionals you do regular business with.

As you scroll through your network and take a look at your recent texts, Facebook messages, and emails, keep your goal in mind. Are you looking to improve your business connections and outreach? If you are, it may not make sense to include your mom in your 'official' SOI, unless she's been a great resource for client referrals in the past.

Unfortunately, it's pretty much impossible for your entire network to be in your sphere of influence unless you're a celebrity or major influencer. But since most of us aren’t famous, you’ll probably want to narrow down your network and SOI to a manageable and realistic group.

According to Dunbar's number, humans can only cognitively maintain social relationships with around 150 people. So if you think of your true network as those 150 people, it's probably fair to say that your SOI is much smaller than 150 people. 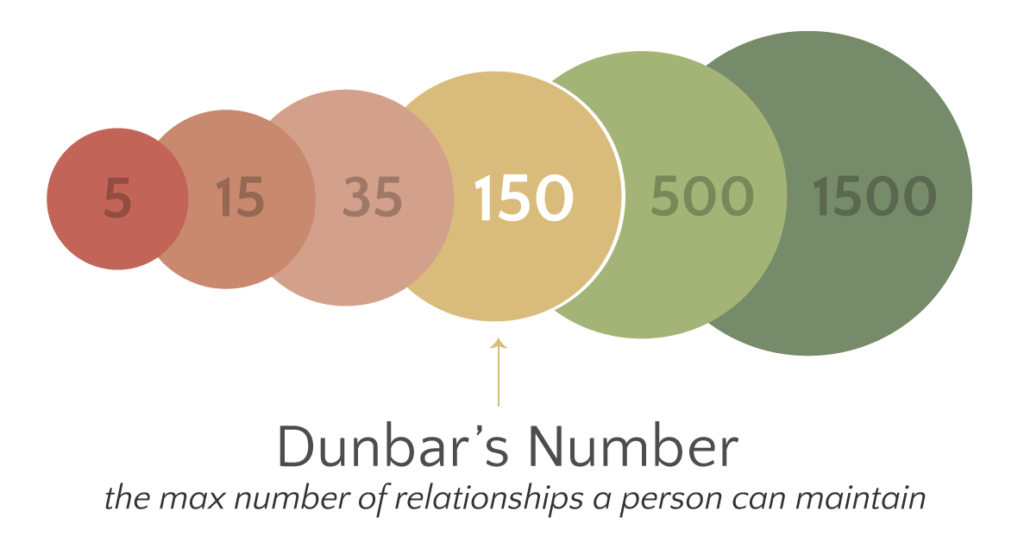 If you were struggling with deciding if folks fit into the category of your sphere of influence before, here's your chance to really be scrupulous in who you pick. Understand how many folks you really can keep in touch with at a time and be honest with yourself as you make those choices. If you're going to be putting forth a special effort in keeping in touch with your sphere of influence, then you don't want to set yourself up for failure by choosing an overwhelming amount of people.

If you’re struggling to decide whether certain people fit into your sphere of influence, be selective. Understand how many folks you can keep in touch with at a time and be honest with yourself as you make those choices. If you're going to put forth a special effort to keep in touch with your sphere of influence, don't set yourself up for failure by including too many people.

Just because some people aren't in your sphere of influence now, that doesn't mean they won't be eventually. Treat your sphere as an active part of your network that changes and grows with your business needs.

To improve your SOI, you should consider using a CRM or similar tool that reminds you to keep in touch with the rest of your network and empowers you to do it quickly and easily.  While people outside your sphere of influence may not drive your professional success, it’s likely that your priorities and relationships will change so you may need to stay top of mind with them in the future.

You should evaluate your network regularly to ensure you’re nurturing key relationships and building your SOI effectively. But don't forget Dunbar’s number or overload your SOI simply because you think you need to add more people.

As you develop your sphere of influence, focus on building deep, long-lasting professional relationships. Those relationships will be the most impactful and personally rewarding. They’ll also be relationships you can feel good about.