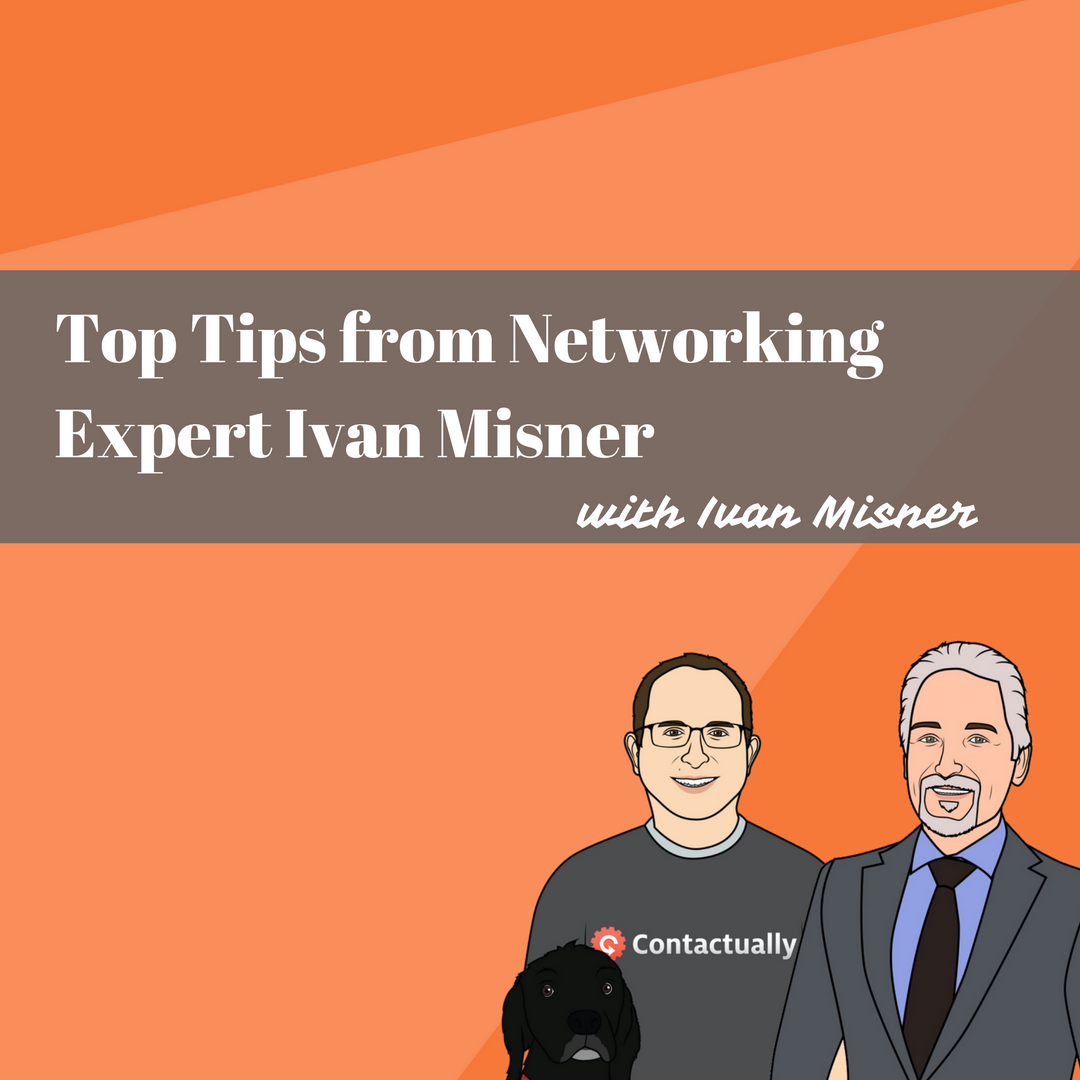 Ivan Misner has been called the “Father of Modern Networking” by CNN and one of the “Top Networking Experts to Watch” by Forbes. He joins me on Real Relationships to talk about networking and building relationships. Dr. Misner is a business networking expert and has been a keynote speaker all over the world. He is the founder and chief visionary officer of the world’s largest business networking organization, BNI. BNI has an astounding 8,371 chapters in 71 countries. You won’t want to miss Ivan’s great advice for business professionals so make sure to listen to this episode.

What was the spark that led to BNI?

Ivan didn’t like the types of networking groups that he had joined in the past. Some were all sales all the time and felt sleazy, others were all happy hour all the time. So that is when he decided to create his own networking organization. He started it with the philosophy of givers game, which means that you’ve got to help people to get help yourself. He opened 20 chapters in the first year because he discovered that people were hungry for networking. They are looking for platforms and strategies to use to network. Listen to this episode of Real Relationships to hear networking expert Ivan Misner’s tips on networking.

How did Ivan strike a balance between socializing and selling with BNI?

Networking is not just slinging business cards. You have to focus on building relationships. BNI has a screening process and they meet every week. The networking group also recommends one on one meetings each week. Ivan credits the processes and systems that BNI has in place to make the networking organization so successful. Networking is all about building relationships that will help you down the road. The members know that they are planting seeds in the garden of their business. These seeds don’t flourish immediately, but with proper care, they will feed you over time. Networking expert Ivan Misner gives some amazing advice on this episode of Real Relationships, so make sure you don’t miss it!

How does he get people to dedicate their time to networking?

It’s easy to get people to dedicate their time networking, at least once you show them that business is built from networking. At least half of most business clientele comes directly from networking. So once people realize this, asking people to spend an hour or two a week networking is easy. The truth is they should be networking even more. If you really want to grow your business you should spend 8-10 hours a week networking. It is the most cost-effective way to build your business. You could advertise or cold call, but both of these take a lot of time and effort to work. Or you could just network and build relationships. It’s fun to meet people, get to know them, build a relationship, and do business with them. Discover how networking can help your business by listening to networking expert Ivan Misner on episode 39 of Real Relationships.

How do the core values of BNI help the network organization grow?

Networking expert Ivan Misner wasn’t born an expert. Networking is not something that is taught in college. It took trial and error to get it right. He wrote down what worked and what didn’t. One thing that really worked a the beginning of the BNI organization is the rule of givers game. The givers game value is one that every BNI member knows and practices. You have to give business to get business. Help others and they will help you. When BNI was created in 1985 this idea was unheard of. Ivan admits that the core values of BNI are the most important aspect of the organization. Listen to this episode of Real Relationships to hear how helping others is the best way to help yourself.