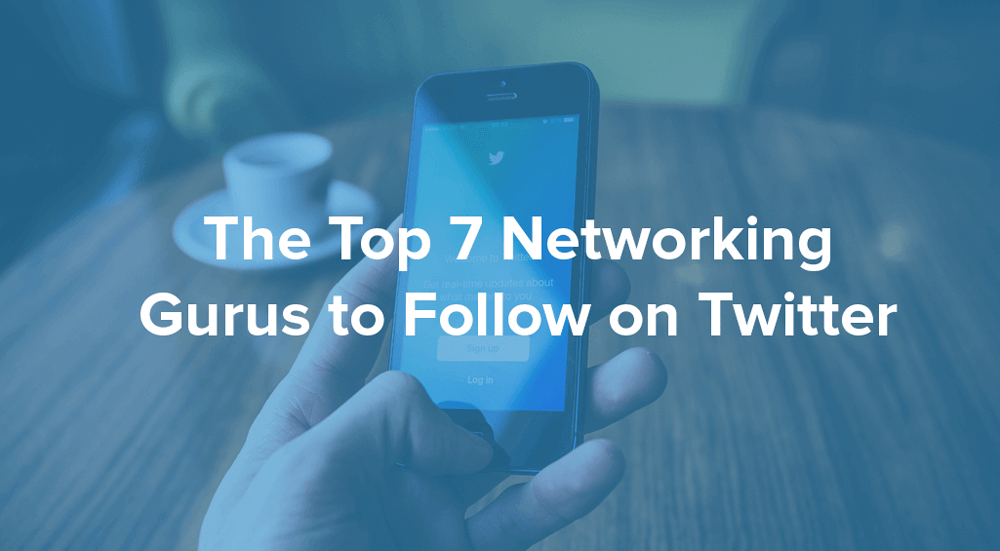 To be successful in the professional world today, you need help from others. Networking, as well as education and prior job experience, is one of the most impactful things that will improve your career. According to a survey conducted by Forbes in 2010, over 40% of new jobs derive from networking compared to only 25% coming from job boards.

Networking, also known as relationship building, is what Contactually's mission is centered on: To help relationship-focused professionals expand opportunities through authentic and timely engagement. Software alone cannot make you into a great networker, so below we have compiled the top networking influencers. These individuals are experts in networking and career guidance, so follow and keep up with their work so that you become a first rate networker!

Learn how to network with these influencers:

It turns out, you don't have to go to those dreaded meet-ups or cocktail hours anymore to get your networking done. Although they're not always a bad idea, sometimes they're painful...especially for those folks who might be shy or don't have the time to dedicate to lengthy events and small talk. Now, we've got the ability to 'meet', chat with and network with people and influencers all over the world, without leaving your home or office.

But one thing doesn't change, who you network with does in fact matter, and our list can help point you in the right direction of who you should be focusing on as you look to expand your networking chops. This list includes experts in different fields, speakers, writers, and all around networking pros.

Bobby Umar has had a very handful of unique experiences throughout his career of management, teaching, and advising. He currently is a contributing author for Huffington Post, as well as writing his own books. He teaches courses and conferences on networking skills and how to self-promote your way to success.

Founding her own consulting firm in 2010, Consultnetworx, Gail Tolstoi-Miller has made it her main mission to help others in their careers. With a life motto of "Perception is Reality," Gail worked as a recruiter for various firms and companies in the past, gaining years of experience in the hiring industry. This exact recruiting experience is what Gail uses to get people back to work, one of her major passions.

Michael Port is an author, motivational speaker, and public speaking trainer. His past career as an actor has helped him hone in skills specific to public speaking that actors use to perform daily. Having written several books on self-improvement, Michael is also a positive force in many people's lives.

Dorie Clark is marketing strategy consultant specializing in brand building. She writes regularly for Forbes, Harvard Business Review, Entrepreneur, and more. Dorie has also written a few books and speaks regularly around the country on leadership and self-improvement.

Cofounder of Cadre, a network "focused on facilitating major breakthrough in the lives and business of our already successful members," Derek Coburn is a former financial advisor turned to entrepreneur through realizing the importance of networking and relationships. Before Cadre's founding during a weak economy, Derek created an informal networking group consisting of my best clients and their top advisors, to triple my revenue and improve the quality of my business and life.

Michelle Lederman is a an expert in workplace communications, encouraging people to talk with "confidence, clarity, and connection." On top of being a speaker, trainer, and coach, Michelle has written several books and has taught at NYU as well as appeared on many cable news networks.

Contactually's cofounder and CEO, Zvi Band started off as a computer blogger in high school. Soon after moving to the District, Zvi has been founding startups and creating innovative products, the first of which was SkeevisArt. Currently Contactually is his baby as well as Proudly Made In DC, a marketing site for startups in Washington, DC. Helping clients network and manage their relationships is what Contactually's mission is, making Zvi a major networking influencer.

Well...network of course! Okay we know, easier said than done. But take the first steps by checking out our networking gurus and see how they play the game and then go ahead and reach out to them! We can vouch, they're all pretty great people and we're sure they'll respond in kind and answer any questions or share any advice on the fine art of networking within your sphere.