Why You Should Be Using Social Media for your Small Business 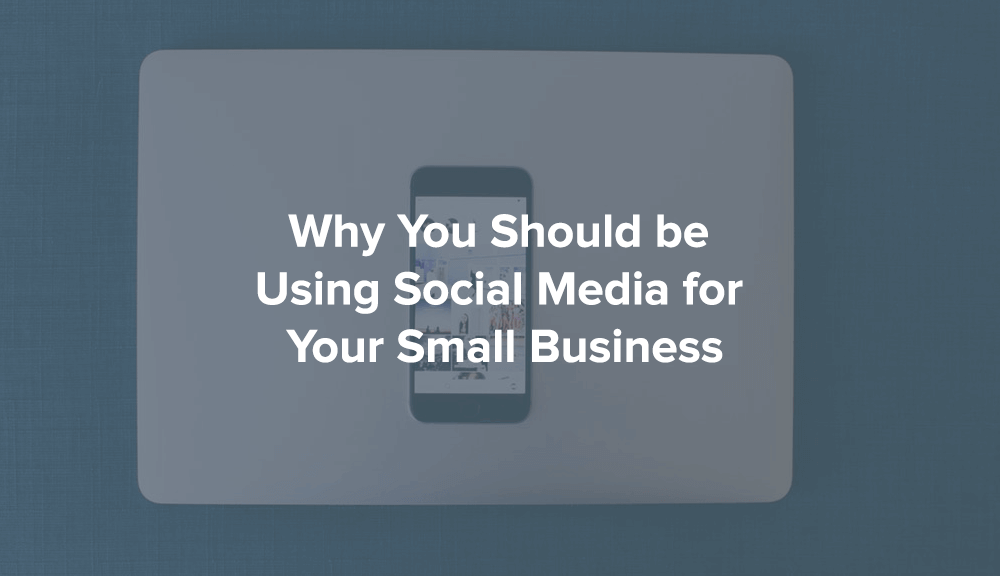 There is no denying that social media has taken over a big part of everyone's lives.

As technology advances, communication becomes far easier than it ever was in the past. Before, we needed to write dozens of letters and wait for days to receive a reply, but now we communicate with just the touch of a few buttons, and expect a response immediately.

Such form of communication is called social media. Nowadays, social media platforms are where most conversations happen. Transactions can also be made using social media, which is why most companies strive to refine their social media marketing strategies so they can get a boost in sales, as well as expand their market reach.

Why use social media for small business marketing?

Social media - or rather, the content that is easy to spread via social media - has the ability to make people act in very specific ways that are beneficial to business owners. Deloitte, a UK-incorporated multinational professional services firm which provides audit, tax, consulting, enterprise risk and financial advisory services, shows how social media affects consumer behavior.

Their study focused on how social media affects consumers from different age ranges and races. There are a lot of differences on how much they use the Internet, what they use it for, what kind of devices they use and even how they look up information. Despite these differences, social media use is a trend that's not going away anytime soon.

Social media is popular among most groups but especially with people from this generation. Deloitte's report found that 47 percent of millennials are influenced in their purchases by social media.

This huge impact of social media on people is not something businesses can neglect. Deloitte additionally noticed that buyers who utilize online networking amid their shopping procedure are four times more prone to spend higher sums on purchases than the individuals who don't.

Brands can even urge individuals to utilize web-based social networking while shopping by incorporating online networking in their point-of-sale marketing. On the off chance that individuals know they can get some answers concerning specials via web-based networking media, they'll go check it out.

How can you use social media to promote your brand?

Word of mouth has been an essential marketing component since the beginning of time. Before there were advertisements on television, in newspapers and magazines, or on billboards, consumers could only learn about new products and services through literal word of mouth.

When the Internet came along, the online customer review became both extremely accessible and extensively utilized. Subsequently, social media took such changes to an even higher level. A wider door was opened for consumers to share their online recommendations on these social media sites. All things considered, a substantial piece of the customer consideration process is investigating items or administrations through Facebook, Twitter, Consumer Reports, and other online networking destinations.

This unrivaled component of verbal exchange has without a doubt reinforced the energy of the buyer. In light of the way web-based social networking has changed this type of purchaser conduct, a mediocre position or non-appearance via web-based networking media could be negative to the achievement of any brand.

Online networking reinforces the connection amongst businesses and consumers. Through these systems, brands can speak with shoppers on a more frequent basis and more individual level than ever before. In view of this elevated condition of correspondence, customers turn out to be a part of the brand instead of simply being a piece of an overall general population.

Shoppers connect with the identity of brands they like and people are able to endorse brands through their natural engagement. Once a brand builds up a solid online networking nearness with its shoppers, they are additionally ready to augment their market reach and increase new revenue.

In spite of the fact that the ordinarily utilized thumbs up from fans and supporters are fundamental to a brand's online networking account, a great part of the social endorsement of brands is boosted by contests and prizes. Cleverly utilizing online networking as a way to hold fun challenges can build up buyers and make your image the most trending thing on social media.

In some instances, social media influencers are even paid to endorse brands through their systems. These social influencers are intense voices that can make an unknown brand known. While these paid procedures positively round out a strong online networking showcasing methodology, it's vital not to oversaturate your audience with these compensated and incentivized efforts solely.

Next Post
The Ultimate Guide to Email Best Practices