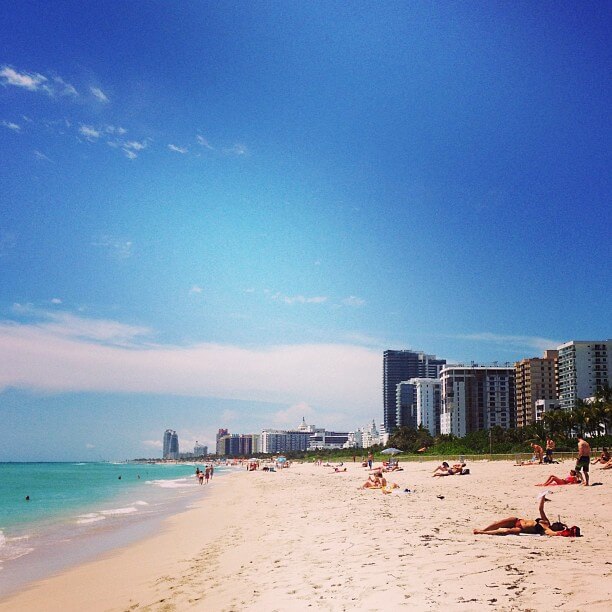 As any early stage company, we work pretty hard, all the time. Having hit some major goals, and the team big enough to no longer be fed by two pizzas, we all decided that we were due for a work retreat.

Here are a few things that made it great, and possible, for a young company to get away to Miami Beach, grow as a company, still get work done, have a lot of fun, and pay for everything, on the cheap!

Balance the time between work, personal and company development, and fun.

We wanted to ensure that the company was still moving forward - the last t ing you'd want to come back to is an overflowing inbox, an endless support queue, and catchup against the monthly targets. Every day, we had a couple sessions, led by one or another member of the team. We discussed and ratified company values. We had an open session on our personal goals and areas of improvement. We talked about a couple big product enhancements. We still were able to wrap up by 3PM every day, letting everyone get to the beach, relax, and have fun at night!

AirBNB
A year ago, Contactually was a few people. Having just hired our fourteenth full-time employee, I can't imagine how expensive normal hotels would be for five nights in Miami Beach in springtime. Instead, we used AirBNB to rent three adjacent apartments, with kitchens, wifi, TV, etc. Maybe not as clean as a normal hotel, but having everyone rooming together made it a lot of fun.

Cook Together
Renting full apartments with kitchens allowed us to reduce the amount we ate out - the amount we spent in groceries for pretty much every meal, snacks, drinks, etc. ended up costing as much as two dinners out would have been. Also, cooking together and doing the dishes was a great group activity - even if we did learn that cooking four boxes of pasta in one small pot was a terrible idea.