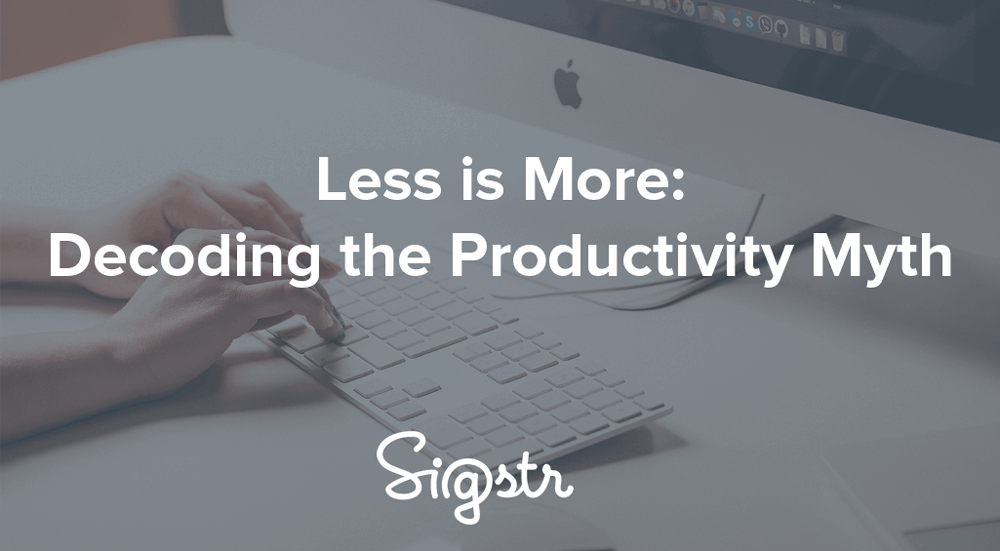 Editor's Note: This post was originally written by Annie McMindes for the Sigstr blog. You can find it here.

In our always-on, agile, tech-obsessed society, we want what we want and we want it yesterday. We depend on fatter pipelines, fuller funnels and more prospects. And the only way to meet the rising demand is to work longer hours, without breaks, and stay connected at all times.

Every time we hear the chirp of our smartphone singing in a new email, we jump to respond. We check it in bed, at the dinner table, in the park with the kiddos, on family vacations. A 2012 study by the Center for Creative Leadership found 60 percent of smartphone-using professionals were connected to the office for an average of 72 hours a week.

We've become narcissistic drones, we're told, lacking the will-power to look away from the soft glow of our iPhone 7s. We're desperate to stay at the center of attention, and frantic to remain reachable at all times.

And it's absolutely true many of us can probably chill with the social media frenzy. No one needs to know what you had for lunch, second lunch, dinner, snack or your 2 a.m. fridge-raid. But it's becoming overtly clear the workplace demands propel a huge portion of the anxiety-induced phone-glancing.

4 Steps to Slow Down & Maintain Productivity:

When we slow down, we're labeled a slacker. We're led to believe we're doomed to get less done. We slow down but the world races forward, leaving us in the dust.

But staying in the perpetual "on" position is completely contrary to everything we know about what makes it possible for humans to perform at their highest level.

The science of a slow down 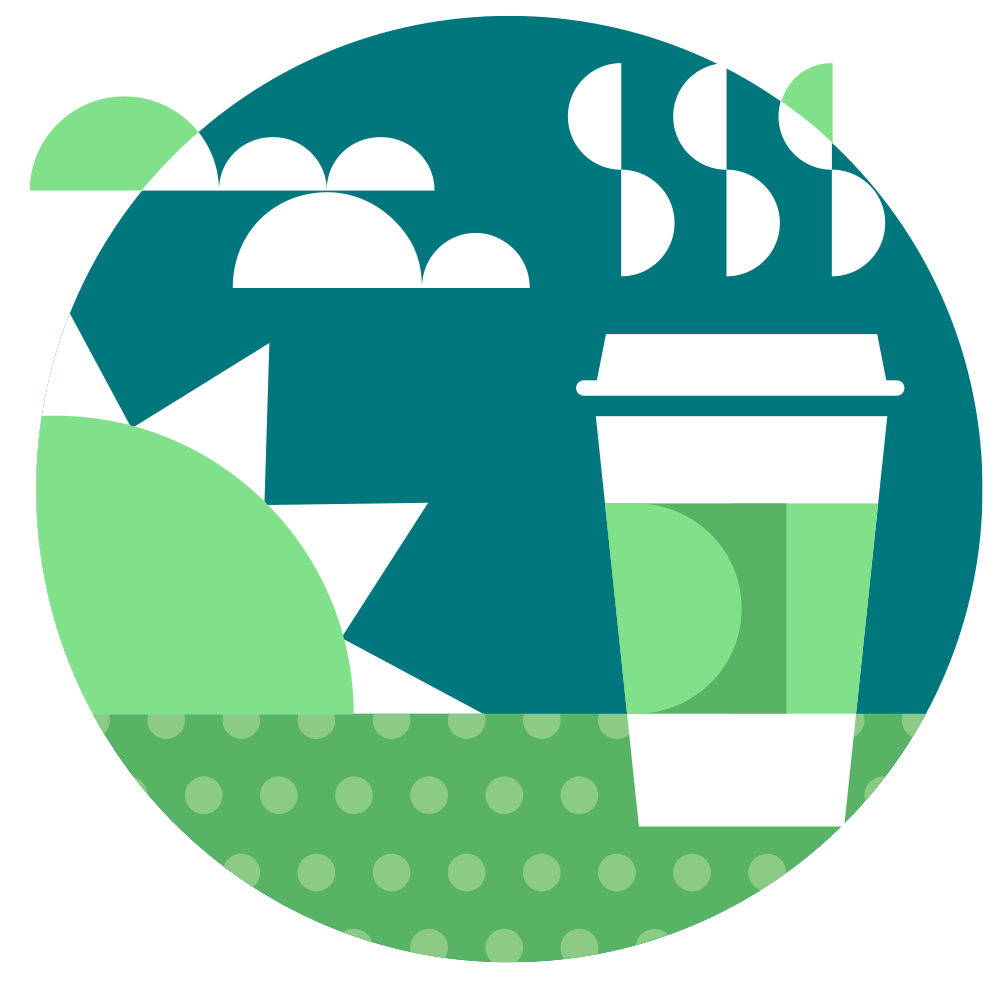 The human body is hardwired to pulse - moving naturally through periods of higher and lower alertness. Nathaniel Kleitman, the sleep researcher who figured out the basic rest-activity cycle more than 50 years ago, said we move progressively through five stages of sleep each night, each lasting around 90-minutes. But did you know he also found our bodies operate by the same 90-minute rhythm during the day - and not just physically, but also mentally and emotionally?

Our bodies send us physiological signs when we need a break - like fidgetiness, hunger, drowsiness and loss of focus. But in general, we tend to hush them. Instead finding artificial ways to pump up our energy through caffeine, sugary snacks and even our body's own stress hormones - adrenalin, noradrenalin and cortisol.

The cycle of success 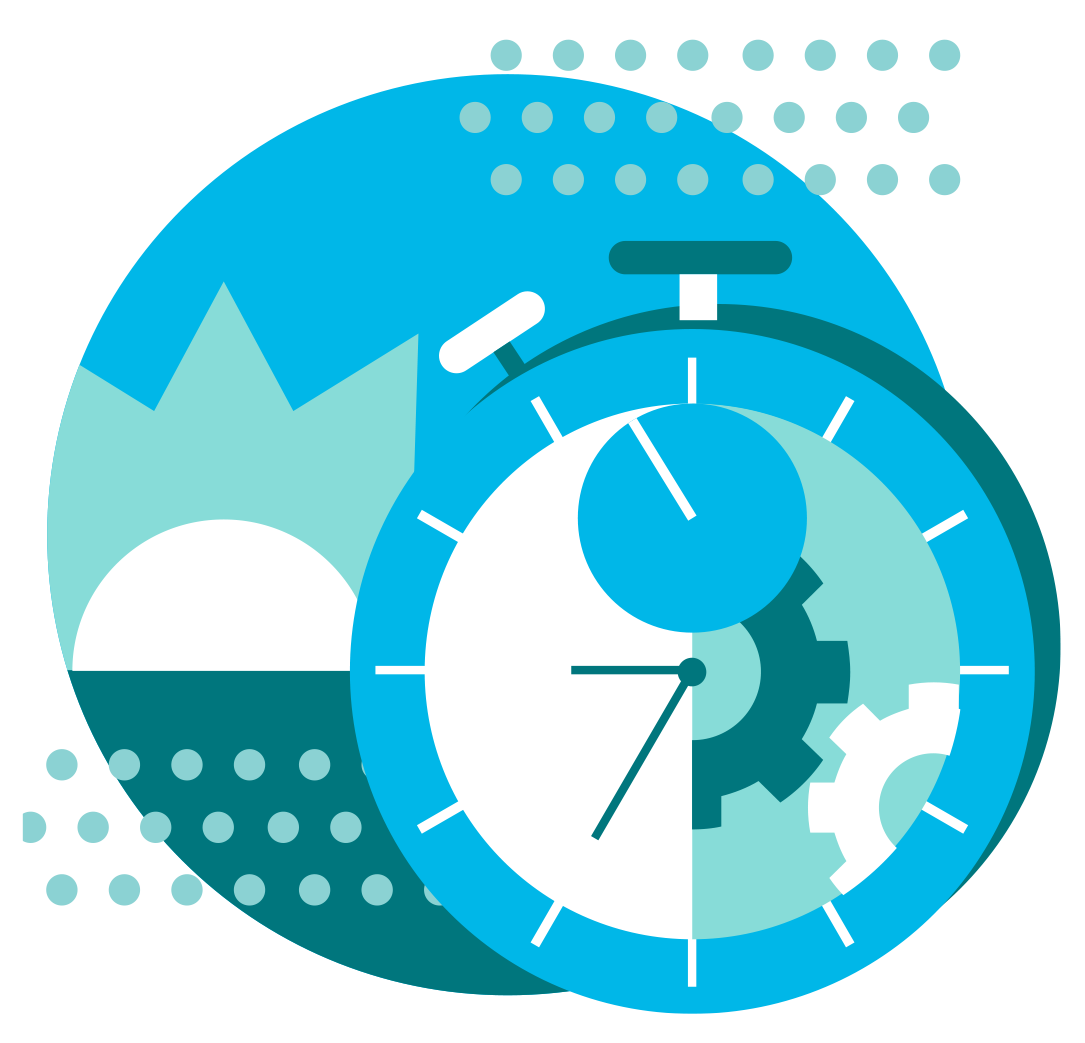 The modern model for success is broken. The idea of hunkering down for hours in front of a computer screen, plugging away all day, answering emails immediately, even late into the night, and working until you drop isn't helping you get more done. What are you giving up by working so continuously? Are you able to think as clearly and creatively? Do you produce the same quality of work in the tenth or twelfth hour of a work day as you do in the second or fourth?

Our bodies are designed to cycle. The patterns of organic labor are meant to shape our email productivity. Burned-out, neurotic employees who can't unplug are neither productive nor creative. We need "off" time to produce a better "on" time. "On" is impossible without "off."

The paradox isn't in the sprint, but rather the rest. While it seems almost counterintuitive, the secret to sustainable greatness in email productivity is incorporating rests into your work day.

We all know your inbox is the mortal enemy to email productivity, but use it to increase your productivity. Work in 90-minute sprints, punctuated by 10- to 15-minute rests in your inbox. But insist on predictable time off, as well - evenings and weekend periods where you're out of bounds. 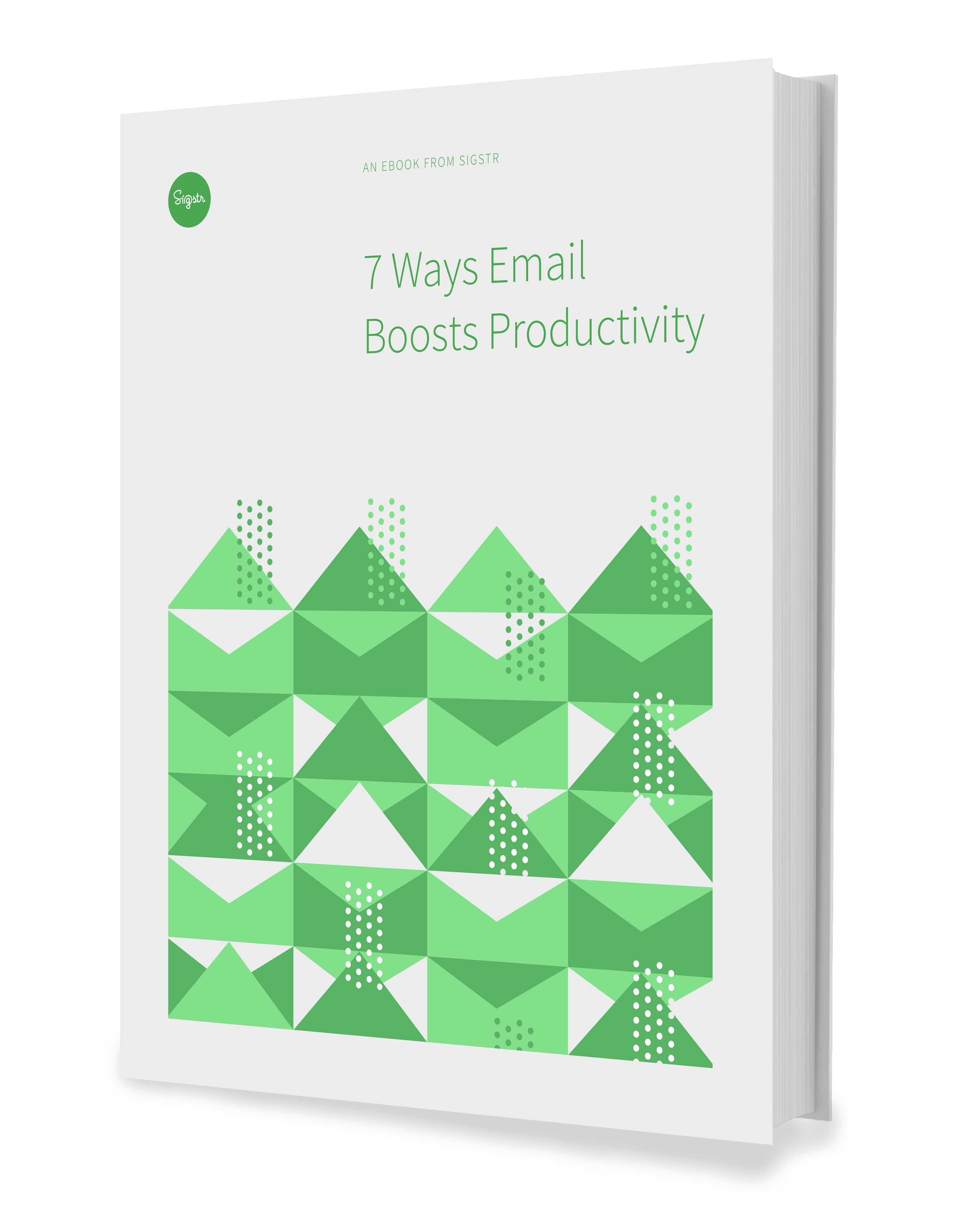 Set firm boundaries to avoid allowing your email to become a sprinting rest. Email is incredibly addictive, and when you're in it, it's possible to get sucked into it for the rest of the day. Just as you should for your sprints, create a hard stop in your schedule for your rests.

Want more tips and trick to email productivity? Check out our newest ebook!

Next Post
Using Contactually to Nurture Your LinkedIn Connections