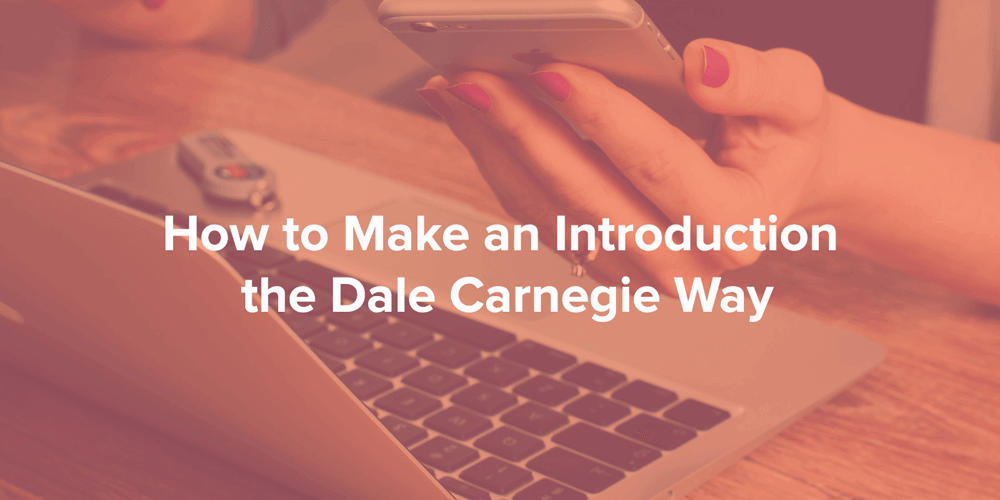 How to Win Friends and Influence People was written for almost any situation with human interactions. Dale Carnegie, although many of his examples were during his time, was a man that spoke of things that will resonate beyond when he wrote this timeless book.

In regards to building relationships and networking, Carnegie presents a plethora of insights to do your best in both. We've written about how to write emails that influence a buyer's decision (the Dale Carnegie Way), yet how do you even start the email chain? What do you do when you don't even know the person?

Yes, you can send a cold email, but what if you knew someone who could introduce you? Or what if it was the other way around? How do you write an awesome introduction...the Dale Carnegie way?

How to Make an Introduction the Dale Carnegie Way...

1. Names are a Valuable Key

"Remember that a person's name is to that person the sweetest and most important sounds in any language."

Remembering names is sometimes difficult, but as preached by Carnegie, recalling someone's name can have great positive returns. When you hear your name, your brain activates the posterior region. The posterior region in your brain involves planned movements, spatial reasoning, and attention.

I think it's a safe and somewhat educated assumption that it's similar process and activation in your brain when you read your name. And it's attention grabbing, you'll have someone's focus by using their name.

Introducing someone with the right name online shouldn't be hard, but you'd be surprised how many people make that mistake. Whether it's through autocorrect, getting distracted, or just flat-out misspelling the person's name, getting someone's name wrong in an introduction can make a terrible first impression. It's not detrimental to the start of your business relationship, but it's not helping anything either. If someone has a hard to spell name and you spell it right in your introduction, you'll have a good start to this budding relationship.

Even though some features like, autocorrect or spellcheck may be beneficial, giving your introduction a read-through could catch those mistakes. You'll hopefully open with their name, and see if you can insert it in your communication in a place where you need to capture their attention. Using Dale Carnegie's principle with names will come in handy with the start to your introduction.

"Be a good listener. Encourage others to talk about themselves."

Don't just introduce yourself. Try to ask some opening questions about the other person. Don't just ask "How are you?" or "How was your weekend?" Go deeper and ask questions that will encourage someone to open up. When you encourage them to open up, they'll also be more likely to respond back to your introduction.

3. Speak (Or write) in a Friendly Tone

"Actions speak louder than words, and a smile says, 'I like you. You make me happy. I am glad to see you.'"

I've read a few pieces on how when you are talking on the phone, potentially with a phone interview, you should smile while you are on the phone. Yes, the person on the other line can't see your smiling face; however, smiling can help control your tone and help sound whatever message you are conveying as a positive one.

Smiling has powerful effects. It can greatly improve your mood and reduce stress. In fact, "the more you smile, the more effective you are at breaking the brain's natural tendency to think negatively." Now hold off on adding smiley emojis and emoticons to your email, instead try writing your introductions with a smile on your face. It will translate into a positive tone in your email to open the connection to the other person.

"People will cherish your words and treasure them and repeat them years after you have forgotten them."

When making introductions or introducing yourself to someone you don't know, making the other party feel important may be challenging without doing some research first.

For the former, as you connect two people to each other, think about each person's latest accomplishments. Did they write an article recently? Sell a house that was hard to sell? Get a promotion? Add in these details and you'll probably get appreciation from these two people for including this in your introduction.

When you are introducing yourself to someone you don't know, avoid listing your achievements as to why they should reciprocate the intro. Instead, dig into something notable that happened to them. Doing a quick search on LinkedIn, Facebook, Twitter, and Google, you'll be able to find some valuable points to convey to a new acquaintance. For example, if they tweeted out an article, read the piece and offer your appreciation in them sharing the piece.

Using the above examples will help your introductions shine by making the other person feel important before the conversation really begins.

5. "Arouse in the Other Person an Eager Want"

"First, arouse in the other person an eager want. He who can do this has the whole world with him. He cannot walks a lonely way."

Dale Carnegie exclaims throughout his whole book that you should put yourself in the other person's shoes. What is happening with them? What are they thinking about and what is top of mind? Thinking about these things can help you frame your introduction in a way that illicit and "eager want" from the other person to follow-through after the introduction.

Framing it in a positive way and positioning the communication so that there are immediate gains will have impacts on these introductions. If the other person has something at stake in the introduction, the conversation will move past the first email or interaction.

Making introductions can be nerve-wrecking because you can be unsure how the other person will react. Of course, they wouldn't react negatively, but you could be nervous if they connect with you or the other people involved. You can counteract those feelings by adding those elements above to your communications to ensure the success of the introduction. 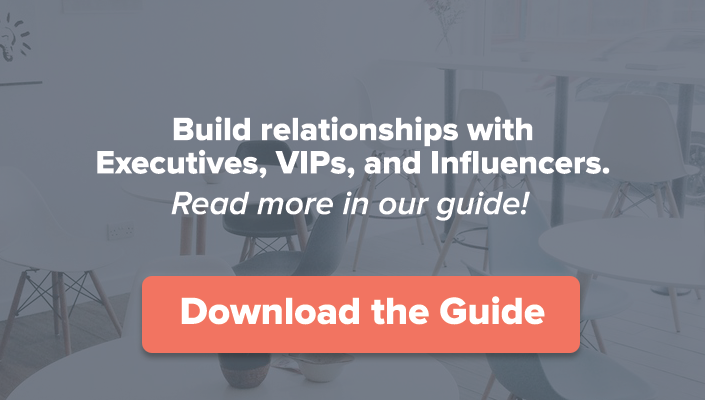 Next Post
How to Network Without Going to Networking Events