The first steps towards expanding your network

If you were to meet me today, or be involved in the regional technology community, you might consider me to be a "power networker." Over the years, I've amassed a substantial number of both strong and weak connections. It's rare that I walk into a room and not instantly know a handful of people (or for someone to know me). Whenever a startup, regardless of stage, is brought up in conversation, I normally know a few people there, and often know the CEO personally.

I say this not to boast, but rather to contrast it to who I used to be - a self-labeled nobody, and the type of person who would walk in and out of a room with no-one noticing, primarily because I was too shy/introverted to engage with anyone. Heck, I was the person who, in my freshman year of college, seriously considered going home on weekends to avoid the social scene.

How do we connect the dots? Your mileage may vary, but here's what I ended up doing to (inadvertently) go from a zero, to a heavy connector.

Tips to Meet People and Expand Your Network

You're not building relationships, you're making friends

I believe it's a mistake to optimize for the quantity (or quality even) of relationships. Go even further than that. Make friends. When I first started going to networking events, I would find and focus on just one or two people. It didn't matter how different their careers were than mine, or the fact that there was zero chance of ever having any kind of opportunity come from them. Instead of just optimizing for a business card and a LinkedIn connection, I skipped all of that. I legitimately, genuinely, became friends with probably ~20 people initially, many of whom I'm still in regular touch with.

This approach yielded a couple benefits for me. First, it helped break me out of my shell, as I could start coordinating which other events we'd go to, and could feel comfortable walking into a networking atmosphere (admittedly an incredibly daunting environment) and instantly create a "safe zone" by connecting with them.

Throw yourself in the deep end at networking events

Oh yeah, those. It's pretty hard to avoid, at some point, spending time in an environment where the sole purpose is making connections. My advice? Throw yourself in the deep end. Don't just lurk on Twitter and try and join the conversation there. Don't go to meetup events where it's clear that people are there for the content - I promise you'll usually be the first person out the door when no one is initially talking to you. I actually found it to be a huge, daunting challenge to walk into a room where everyone is mingling - and that's exactly why I did it. Challenge yourself. But remember - everyone is there to meet others, including you.

Never be afraid to say hello

Humans are innately social creatures - we thrive on social interaction. Once the "I don't want to get pitched/hit-on/murdered" hurdle has been cleared, it's surprising how easy it is to connect with someone. It took a lot of practice (by going to tons of networking events), but now I actually love meeting new people. My freshman year self would have been cowering in the corner.

I could throw out tons of other anecdotal lessons I've learned that align with some of the excellent advice you'll receive on this blog and others - the value in weak connections, value payloads, etc - but that comes once you get over that initial hurdle. And that first hurdle is what separates you from 99% of others. 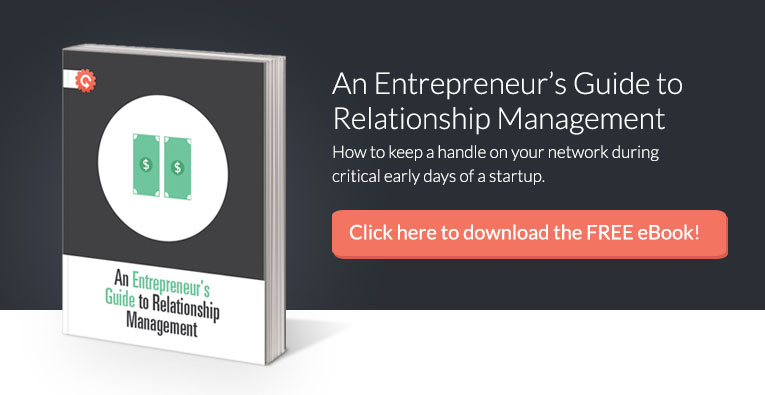 Next Post
How to Streamline Your Everyday Processes for Increased Productivity