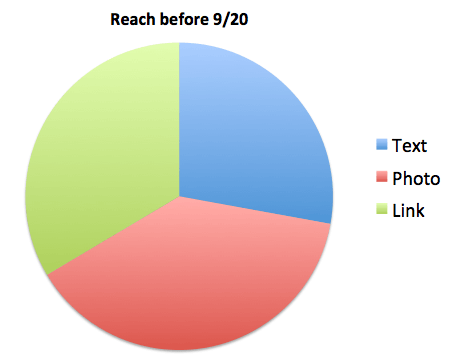 For a small business looking for ways to build its online presence, Facebook is one of the best ways to reach a wide audience and engage your brand's following. After all, the age of Internet marketing requires you to be where your fans are, and the chances that you'll find them interacting with their peers and other companies on Facebook are quite high.

However, marketing on Facebook isn't as straightforward as you'd think -- at least not without some planning and effort. You can post updates multiple times a day and never get any engagement. The question is, how do you get your fans to interact with your page?

The best thing to do is to find what works for you, which can take a little of experimentation. With the recent changes made by Facebook putting more weight on text-only posts, it makes it more important to make sure you get things right.

Facebook posts can be one of three types: a textual status update, a multimedia post like a photo or video, or a link. It's important to know what works for you, because we've seen that text posts sometimes work better than photos or vice versa.

For the majority of our company's existence, we noticed that photo posts best engaged our fan base. The barrier to entry is low, and it takes little effort for a consumer to process an interesting photo, meaning it's easier for you to get the most out of your picture posts. Out of our most engaging posts, commented, and liked, an overwhelming majority of them were photos. Of course, this didn't mean that we abandoned posting text updates or sharing links. They're important as well. To effectively market on Facebook, your content must be relevant to your targeted audience, unique, and interesting, and posts with text or that share links are great ways to do so. Check out the pie chart below to see how our post engagement stacked up before September 20th, 2012. 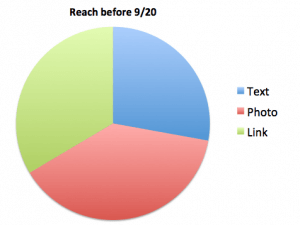 However, sometime towards the end of September, Facebook completely changed their back end algorithm for post engagement, meaning that they revamped the way their programs determine who sees a post, and how many times that post will in a user's Newsfeed. These changes caused rankings for text-only posts to increase significantly, resulting in a substantial boost in user reach for those types of updates. Since the change, Contactually has seen a huge change in our posts that best engage our followings. As we said before, prior to the change, our top 10 most engaged posts were all photos. After the change, our top 10 has only two photo posts -- with seven text-only posts and a post that shared a link. It's crazy how quickly things can change! 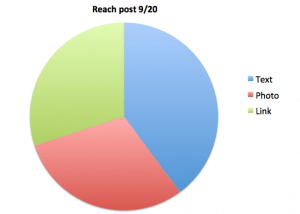 Before this post comes to a close, let's take a step back to look at the big picture. However much that Facebook algorithm may change, the best and only way to engage your Facebook fans and expand your following is to share compelling and unique content. To get you started, here are a few things that we've seen work well for our brand:

Have the Facebook changes affected the way you run your business's social media presence? What do you do differently now? Let us know in the comments below!