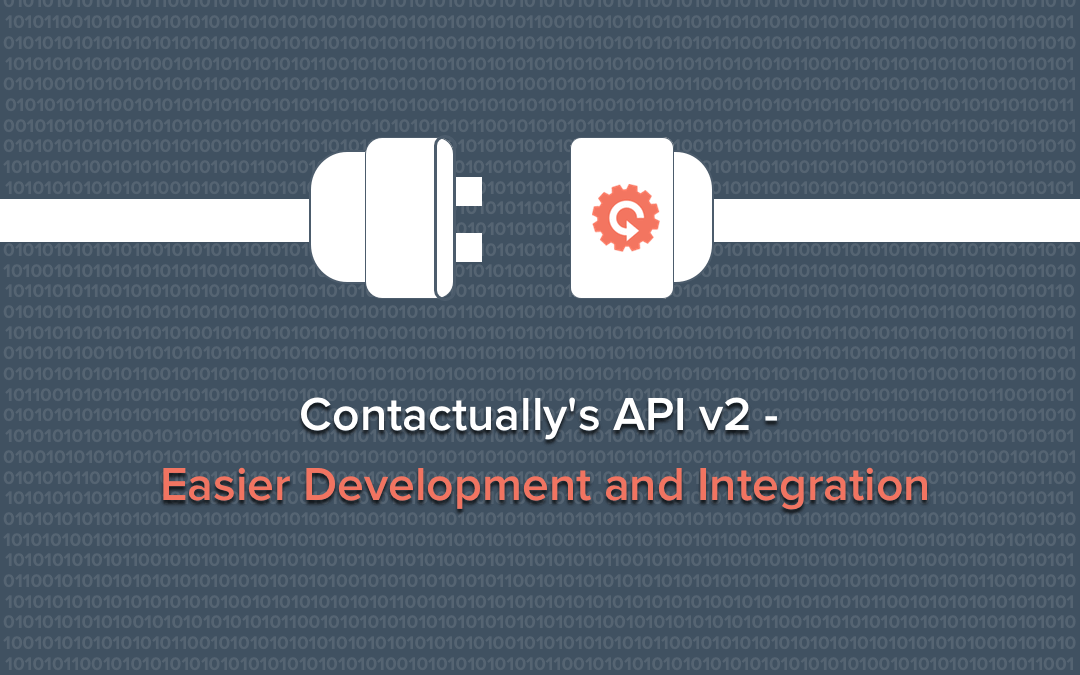 Last week we introduced The Contactually Marketplace -- a freshly designed and formatted directory of every integration built on top of Contactually's framework. It allows you to quickly access to all the tools needed to leverage your network and build authentic relationships that make a meaningful, fruitful impact on your business.

For anyone who's already listed on our marketplace, or wants to build an app that plays nicely with Contactually, we're pleased to announce our all-new API v2. This API is developer-friendly and well documented, with sample code in four popular programming languages.

Ease of integration for developers

Understanding the process to integrate and create a partnership is one thing, but to follow through is another. In days past developers would find themselves sifting through copious amounts of data -- only left to parse and structure for later use. A heavy burden left to the partner to allocate resources and address the issues. If it's meant to be a partnership, then where's the helping hand?

Contactually's API v2 is updated with new endpoints and OAuth2 allowing for quick and seamless sign-on. It is redesigned and refactored groupings upgrade speed and legibility for simple integration.

Even more apps that work seamlessly with Contactually

We're building the Marketplace by partnering with the best apps and companies to offer the greatest solutions for all of your business problems. This means a robust selection of better quality apps that complement the way Contactually works with your business and processes.

Writing on the new API

From the planning stages of our v2 API, we concentrated on how it would feel to work with as a developer. We're using exactly the same published API to build the mobile applications and the next version of our web app. Dog-fooding the API means that anything you can do at app.contactually.com, you'll be able to do on your own integration!

To make it as friendly as possible, we borrowed patterns from our favorite APIs, like Github and Google, and built on established protocols like REST and OAuth2. Gone are the days of referencing objects that were clearly internal objects (looking at you Groupings and Contents). In are routes that denote associations and canonical URLs where you'll always be able to find what you're looking for.

Words paint a picture, but nothing is quite as expressive as a quick code example. For the purposes of these examples, we'll assume that you've generated an application-specific token from the Authorized Applications portion of the settings, but check the docs for an explanation of how to use OAuth for your application.

Let's walk through some basic examples in cURL, with Ruby, Python, and PHP examples linked below (apologies for the non-Ruby code, it's definitely not my forte).

First, let's grab the JSON for the user who's auth token we're using

Pretty simple, right? Alright, on to something a bit more complicated. Let's create a contact and add them to a bucket.

Hopefully the above examples are enough to give you a taste of how easy and consistent our new API is to use. We'd encourage you to check out the docs, join our Slack channel, and start hacking away at the next big thing today!

What the future holds

Even more Contactually features and functionality available via the API, including Pipelines, Programs, Templates, and more! What kind of apps would you like to see? The sky's the limit.