Building and Benefitting from Meaningful Connections in Business, with Rob Mehta 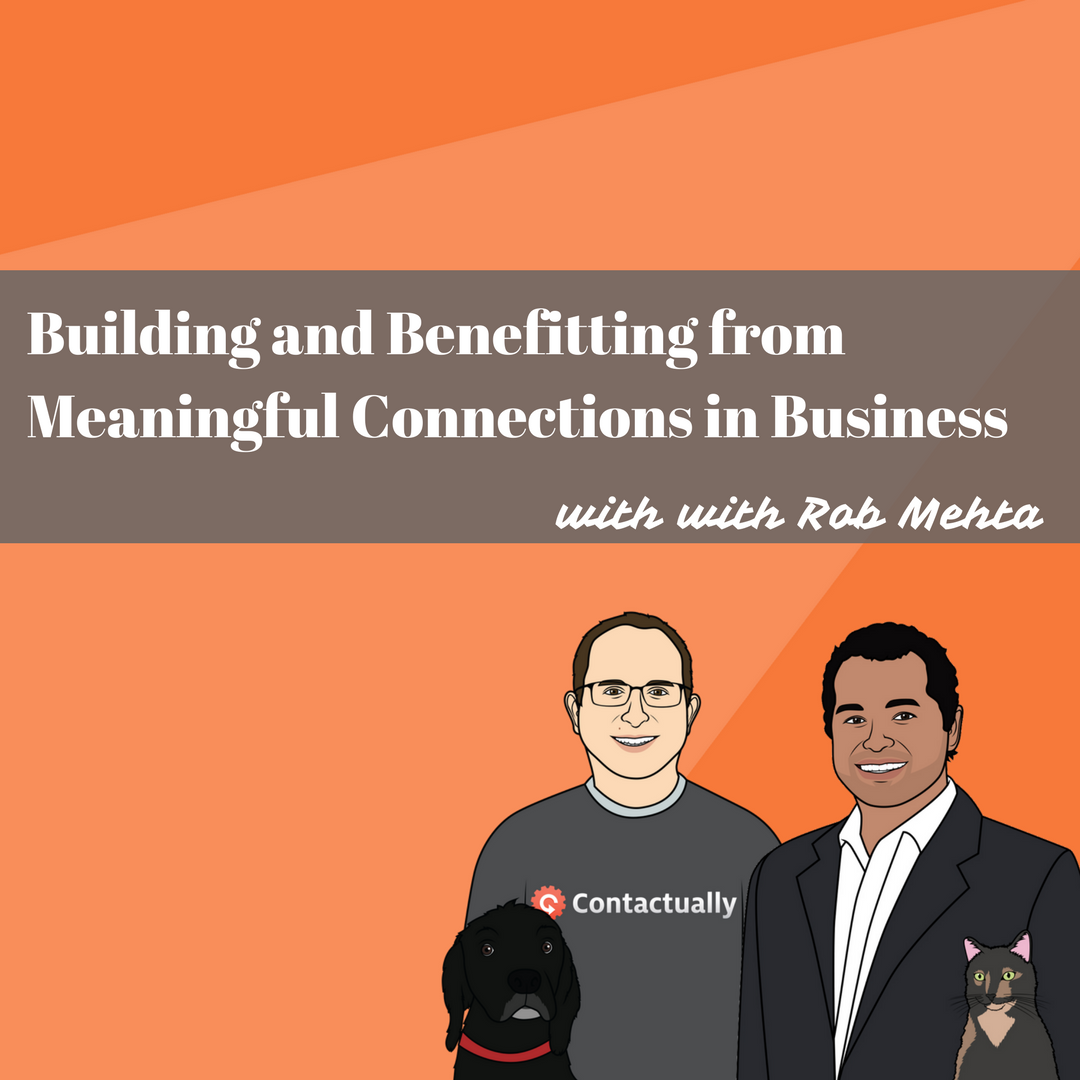 One of the people I’ve seen the ability to make and keep meaningful connections with people over time is Rob Mehta. Whether it's helping brokers grow their business, building strategic alliances, or simply focusing on the next new idea, Rob is a guy who knows how to do what it takes to get things done when it comes to building a powerful relational network. In this conversation, we talk about Rob’s approach to building long-term relationships, how he does it from a practical standpoint, and how he integrates technology into the process.

Relationships are the foundational building blocks of every business.

If you’ve not heard it enough by now, let me say it again: relationships are the foundational building blocks of every business. You serve people and those people respond better and with loyalty when you treat them as a meaningful person instead of just a customer. Rob Mehta has learned that lesson in his time as a real estate agent, so much so that he speaks on the topic often at places like the 2017 REEA conference. Rob shares his approach to building relationships from square one in this conversation, and while it’s not rocket science, it’s also not intuitive to a lot of people, so be sure you listen and learn from what he’s got to say.

Savvy agents lay the groundwork for future success through relationships.

In his experience as a real estate agent, principal owner of his brokerage, and real estate trainer and coach Rob Mehta has learned that success doesn’t appear from thin air, it’s built on something. In his world, that something is meaningful relationships. He sees the relationships he’s investing in today as the groundwork for future opportunities. He has learned not to count the profit that will come from a phone call in the moment. It may be years before it yields fruit, but it will produce. Rob is so confident of that fact that he regularly reaches out to every person in his contact list. Find out how he does it this episode of Real Relationships.

Don’t over complicate your relationships. Simply do the simple things every day.

When I asked Rob to share one piece of advice that is non-obvious but important in building a powerful network of meaningful connections, he had a hard time with the “non-obvious” part. He said that the things that matter in relationship building ARE the obvious things, and they’re also the things most people don’t do. Things like phone calls, cards, letters, the touchpoints that let people know they are more than a number or client, they are a friend - those are the obvious things that need to be done. Rob shares how he has made a daily practice of reaching out and the way he fits it into his schedule. It’s simpler than you might imagine, so be sure you listen.

Your world of relationships can benefit from the technology you use.

Leading a technology company that serves to make connections between people, you’d expect me to say that technology can be a benefit to your relationships. But I’m not the one who said it this time, my guest Rob Mehta is. Rob said it’s not only vital to have and use a great CRM like Contactually, it’s also vital to know how to use Facebook, Twitter, and other social media platforms to serve the relationships you have. He outlines how you can do that during this conversation, so I hope you’ll take the time to hear it.