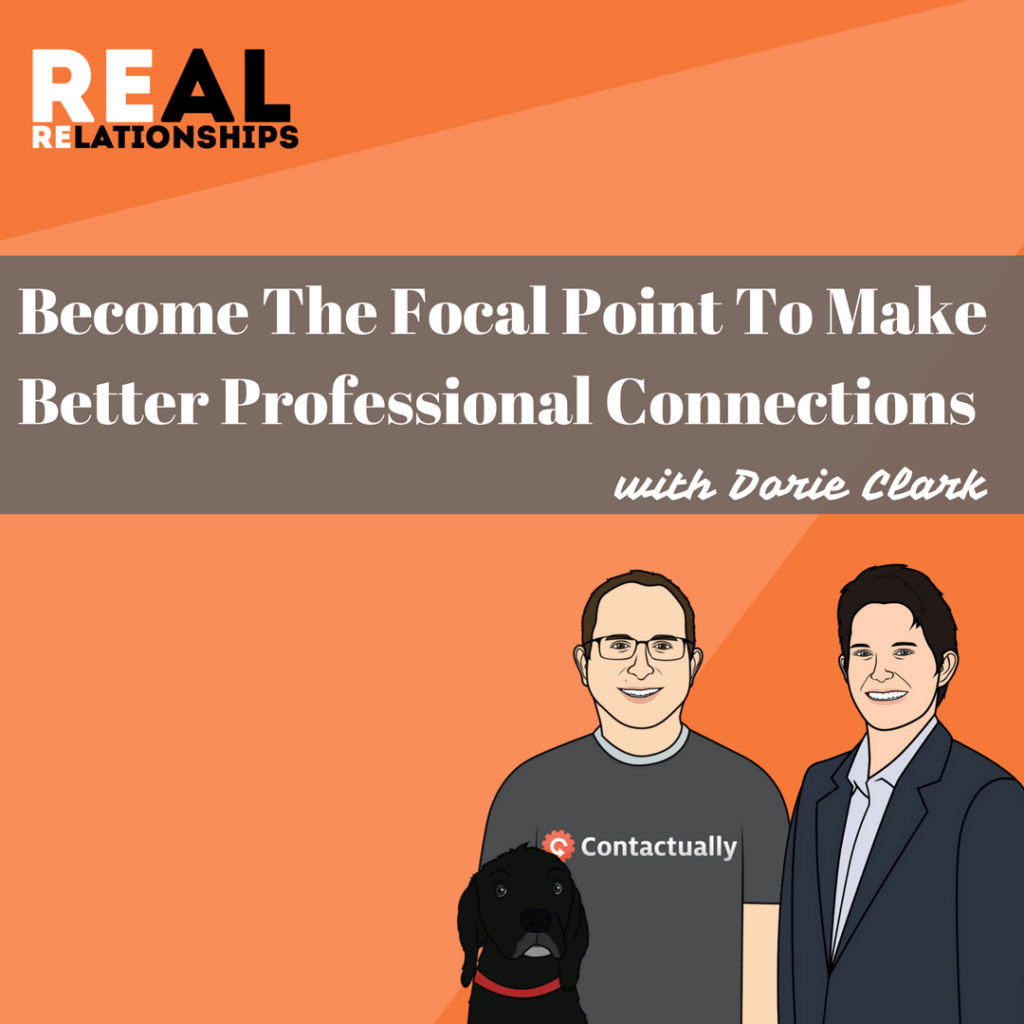 Are you a focal point in your industry? I host this podcast because I want to help professionals think differently about the way connections are made in business. I want them to learn to build real relationships that not only fuel business but last over time.

On this episode, I'm featuring my friend, Dorie Clark, a woman who has learned to build those kinds of relationships in a way that many people haven't even considered.

She hosts social and business events herself with hopes of meeting the people she needs to meet, making connections for others, and becoming a focal point who people see as a valuable connection to their networks. It's an ingenious idea that I believe you'll benefit from, so be sure to listen.

Standing out in a noisy world is a challenge you've got to overcome.

One of the beautiful things about the digital age we live in is that nobody has to be hidden. You can get your message out and make what you offer known more easily than ever before. But there's a problem with that - everyone else is doing the same thing. That makes the noise that you've got to cut through almost deafening. If you're going to stand out, if you're going to become the focal point that others come around, you've got to get past the noise to become a relevant voice in the ears of those you need to influence. How do you do it? Dorie Clark's got some great suggestions that I believe can help you do exactly that, on this episode of Real Relationships.

If you're going to stand out you need to get people to come to you.

Most of us have gone about marketing the wrong way for a very long time. We've shot our stuff out there, hoping others would notice and respond. But we've got to understand that attracting people is much more effective than chasing them and the way we do that is by appealing to their sense of fun. Dorie Clark has learned that hosting social gatherings is a great way to gather the people around her who she wants to connect with and also become a valued resource in their network by making introductions that are helpful to them. In essence, she gets people to come to her and it's paying off, big time.

Unlock new levels of relationships by becoming the focal point of your own events.

When Dorie Clark thinks about making connections with people these days she thinks of throwing a party. Honestly, that's how she's made some of the most beneficial connections in her network and how she's helping others do the same. Dinner parties are great ways to get people to gather, loosen up, get to know each other, and build the real relationships that are so important in a connecting style of business. Dorie's quickly becoming a pro at hosting these kinds of events and I hope you'll take the time to listen so you can learn from what she's done.

A story of a "random" connection that led to multiple 6 figures in business.

When I asked Dorie Clark about the most impacting connections she's made, she told me the story of a woman who was on a speaker panel with her at an event. The two of them made a small connection at the event and exchanged contact information. Later, when Dorie was hosting an event of her own she thought the woman would be a good resource for her following to learn from and invited her to come. At that event, the two of them connected on a deeper level and the relationship has led to multiple connections and referrals that have produced multiple six figures in income. Dorie says you never know what a random connection might turn out to be - and it all came from Dorie being willing to be the focal point of her own event. Find out how you can do the same kind of thing, on this episode.